Priyanka Chopra is in New York and the actress has been sharing pictures with her little daughter Malti Marie Jonas on Instagram. On Wednesday, PeeCee took to Instagram to share a picture of herself walking her daughter on 5th Avenue in New York In the picture, the actress can be seen wearing a white ensemble teamed with matching heels while Malti the streets in a baby pram. 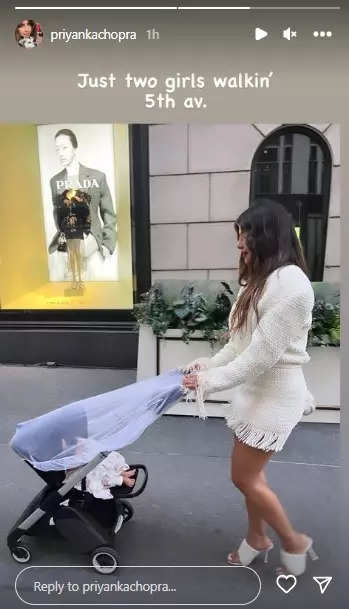 A few days back, Priyanka enjoyed a walk in the park with her baby daughter. She posted a picture of herself holding baby Malti in her arms. The ‘Gunday’ actress was seen donning brown-white checked shorts teamed with a denim shirt. She was also a pair of black shades and a white bucket hat. 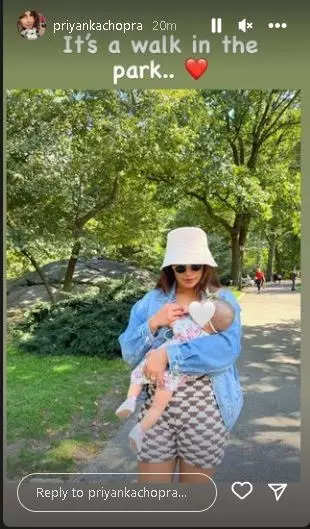 On the work front, Priyanka will next feature in ‘Citadel’ backed by the Russo Brothers. She will also star in ‘Jee Le Zaraa’ helmed by Farhan Akhtar, The film will also star Katrina Kaif and Alia Bhatt alongside Priyanka.