Sidharth Malhotra celebrates his birthday today and he’s been showered with wishes from his friends and fans all over the world. The actor had a working birthday. Sidharth is currently shooting for ‘Indian Police Force’ with Rohit Shetty which also stars Shilpa Shetty and Vivek Oberoi.
Shilpa dropped a video from Sidharth’s birthday celebration on the set. The actor was presented with several cakes and he can be seen cutting a cake and feeding it to the cast and crew. Both Shilpa and Sidharth were seen in their formal ‘police officer’ looks from the film.

Sidharth also shared a video from the sets and wrote that he had the best birthday with Rohit Shetty and his team. 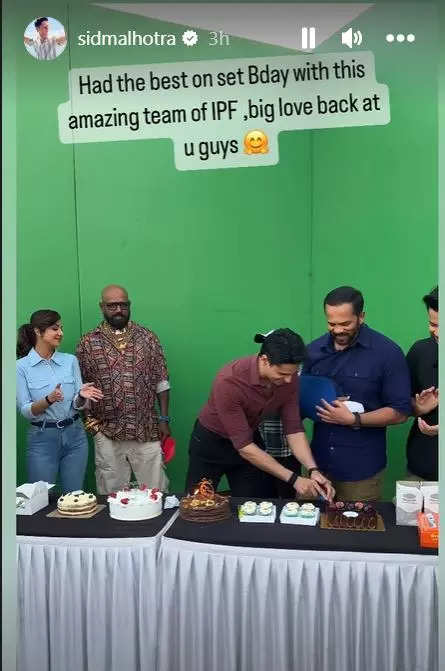 Meanwhile, fans were in for a treat as Sidharth’s rumored girlfriend Kiara Advani dropped an unseen picture with him on his birthday. This looks like a picture from one of their holidays and Ananya Panday commented that she thinks she’s clicked this picture. Kiara wrote, “Whatcha looking at birthday boy 🎂🎉🐒😍”

Sidharth and Kiara are set to tie the knot on February 6 with pre-wedding festivities on February 4 and 5. A source had told Etimes, “The wedding is slated to take place at Jaisalmer Palace Hotel. It is going to be a lavish event. with high security.” As has become the norm with big Bollywood weddings, the couple’s wedding will have heightened security managing the event, which will take place behind closed doors.

Siddharth will also be seen next in ‘Mission Majnu’ which is set to release on January 20.